That means you get not ONE, but TWO National Military Jet Teams at CAF Wings Over Houston 2019!

Next year you will get to experience not one, but TWO military jet demonstration teams … the United States Air Force Thunderbirds and the Canadian Forces Snowbirds! Plus, a bevy of some of the best military and civilian pilots in the world, flying for you. 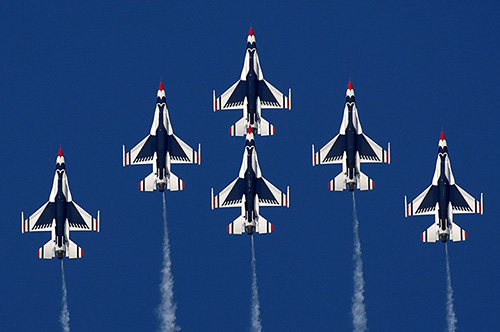 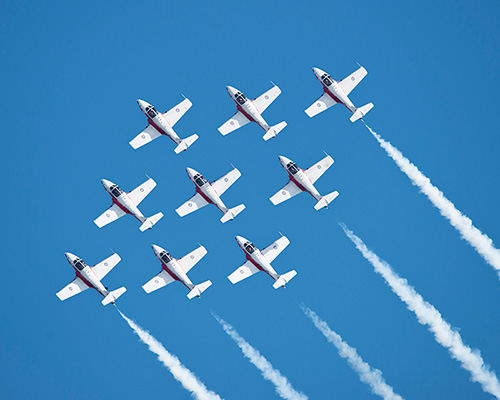 Pilots, technicians (aviation, avionics, aircraft structure, supply), mobile support operators, resource management support clerks, an engineering officer, a logistics officer and a public affairs officer representing all three elements (Army, Navy and Air Force), work as a team to bring thrilling performances to the Canadian public. Serving as ambassadors of the CAF, the CF Snowbirds demonstrate the high level of skill, professionalism, teamwork, discipline and dedication inherent in the men and women of the CAF and they inspire the pursuit of excellence wherever they go in North America.”

Sign-up to Become an Insider for FREE below & SAVE up to 50% OFF* 2019 CAF WINGS OVER HOUSTON Airshow Tickets!

Your Privacy & Personal Information
The security of your personal online information is paramount to us! We attempt to go above and beyond to protect your online identity when using this web site. Any user information collected will only be used for the purposes of information, marketing, and ticket sales to the CAF Wings Over Houston Airshow. Your information will NEVER be sold or rented to any external parties. For additional privacy information details, please review our privacy policy.