Come relive the history and see these historic warbirds fly. Then get an up-close view of them on the Airshow warbird ramp. 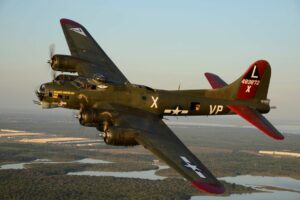 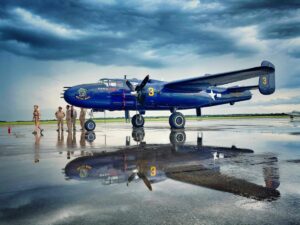 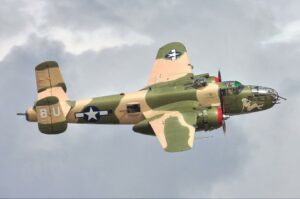 The Commemorative Air Force (CAF) is bringing some good old fashioned firepower to this year’s Wings Over Houston Airshow, October 29th and 30th. You will see three vintage bombers from the WWII era flying for you in this year’s show. Not only will they fly, they will also be on display on this year’s warbird ramp. The Gulf Coast Wing of the CAF will be bringing the beloved B-17 “Texas Raiders”. The CAF Devil Dog Squadron will bring their B-25 “Devil Dog”, and the CAF Centex Wing will be bringing their B-25 “Yellow Rose”.

There’s nothing like seeing a real, live, flying, museum take flight right in front of your eyes. Come for the history, and be amazed at the stories these planes have. Watch the motto of the CAF happen in real time as they ‘Keep ‘Em Flying’ just for you.  Who’s ready for October!?

“As of 2021, there are just four B-17’s still actively flying in the world. Sally B in the UK, Yankee Lady, Texas Raiders, and Sentimental Journey in the US. Of all the B-17’s ever built, Texas Raiders is credited with the 5th most military time, is the 3rd youngest still in existence, and has served as a Living History museum longer than any other B-17 in the world. As of 2021, Texas Raiders has flown in support of the CAF’s Mission of Honor, Inspiration, and Education for 54 of her 76 years and will continue to do so for the foreseeable future.” “Not many people know that the US Marine Corps flew bombers in WWII. One of the missions of the Devil Dog Squadron is to keep that piece of history alive.

PBJs came about by chance. In 1943, North American, the B-25’s manufacturer, produced more B-25s than the Army Air Corp could use. Approximately 800 of the airplanes were offered to the US Navy. Although the famous Doolittle Raid was a successful carrier launched formation of B-25s, the Navy had little use for the extra airplanes. They were too large for regular carrier duty.

The US Marine Corps, however, was looking for a medium bomber. They agreed to take the B-25s and use them for “night heckling”, anti-shipping missions or close air support of beachheads and landings. Taking the unwanted equipment was nothing new for the Marines, they often received obsolete or surplus equipment from the Army or Navy.

The Marines designated the B-25s “PBJ”. PB indicates Patrol Bomber and the J is an alpha-code designating the manufacturer, North American Aviation (PBJ does not mean Peanut Butter and Jelly).
The Marines were innovative in customizing the PBJs for the jobs they faced. As most of the missions were performed at low altitude, there was not much need for the glass nose/bombardier position. It was replaced with a solid nose and armed with up to 8 – .50 caliber machine guns, or in some versions, a 75mm cannon.” 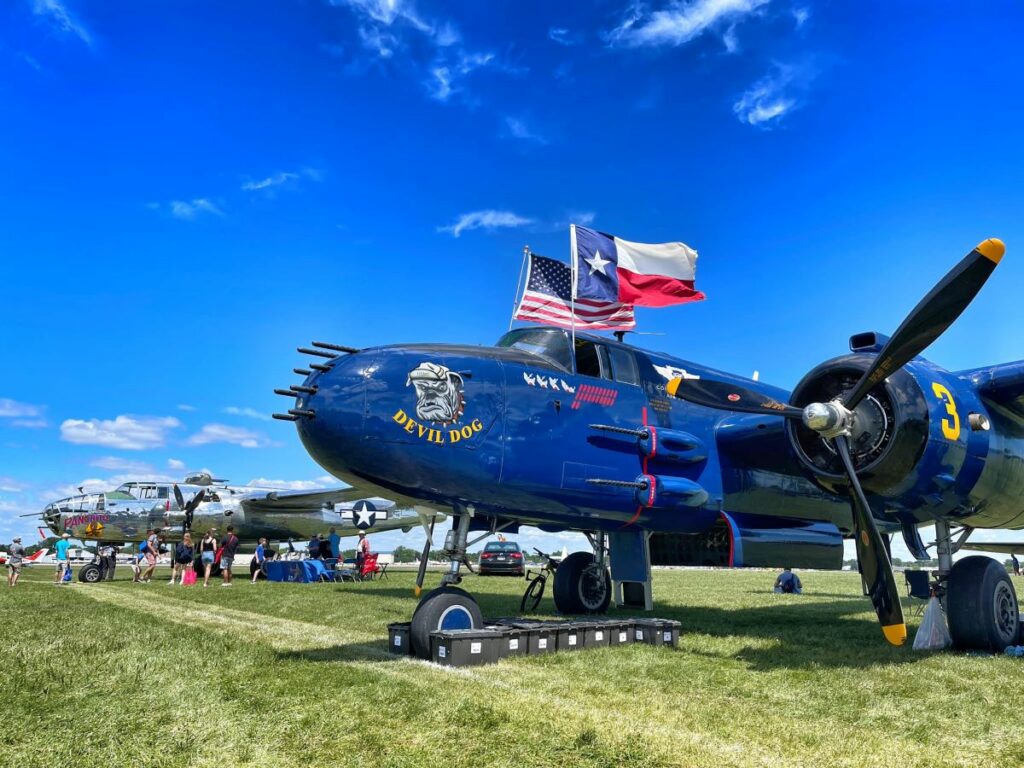 “The “Yellow Rose”, the christened name of the vintage B-25J Mitchell WWII bomber, is once again touring the American skies. The bomber is completely restored to its wartime capabilities and is operated by the Commemorative Air Force Central Texas Wing. It is one of the flying museum pieces belonging to the organization’s “Ghost Squadron” aircraft collection. After four years, the aircraft was lovingly restored to WWII condition by members of the Central Texas Wing and donated to the CAF in 1981.”

“The North American B-25 Mitchell is an American twin-engine, medium bomber manufactured by North American Aviation (NAA). It was named in honor of Major General William “Billy” Mitchell, a pioneer of U.S. military aviation. Used by many Allied air forces, the B-25 served in every theater of World War II and after the war ended many remained in service, operating across four decades. Produced in numerous variants, nearly 10,000 Mitchells rolled from NAA factories.[1] These included a few limited models, such as the United States Marine Corps’ PBJ-1 patrol bomber and the United States Army Air Forces’ F-10 reconnaissance aircraft and AT-24 trainers.” 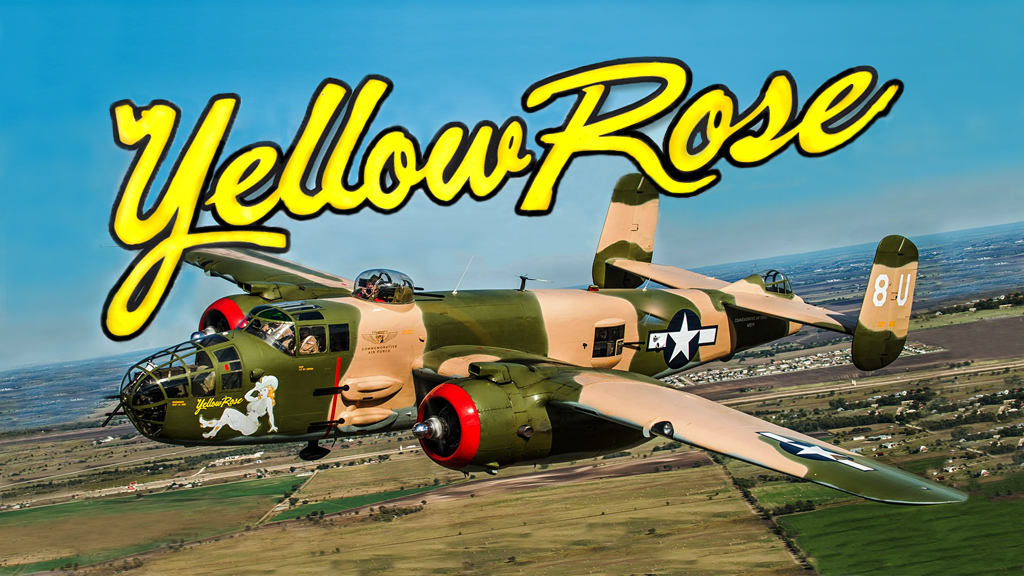