The name alone, “Screamin’ Sasquatch Jet Waco,” (a bi-plane outfitted with a jet engine? What?!?) should pique your interest in seeing this demonstration! 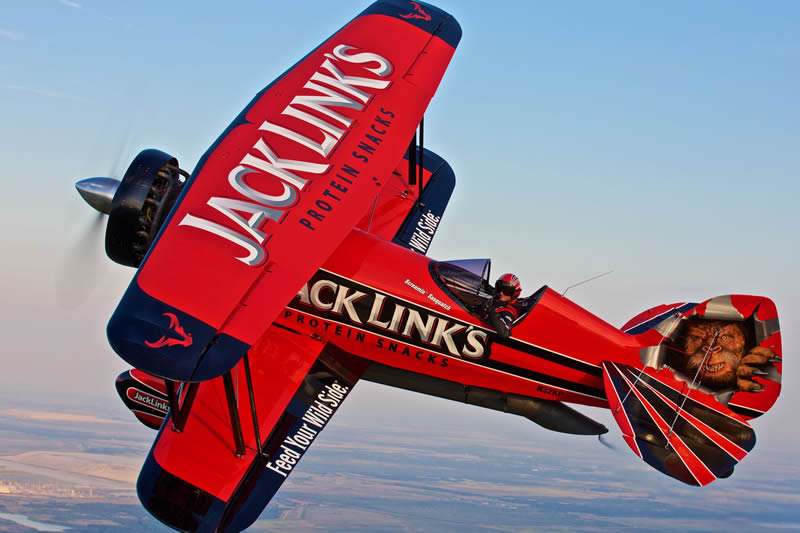 There have been 231 Sasquatch sightings in Texas since 1964 (according to the Bigfoot Field Researchers Organization) … but now you will see this elusive and legendary creature screamin’ through the skies of Houston on October 20th – 21st.

John Klatt Airshows and Jack Links present, “…the most unique, high-performance aerobatic aircraft in the world…entertaining the crowds with their awesome blend of precision, power and performance.” Watch pilot John Klatt as he puts this one-of-a-kind aircraft through a “Screamin’” performance! 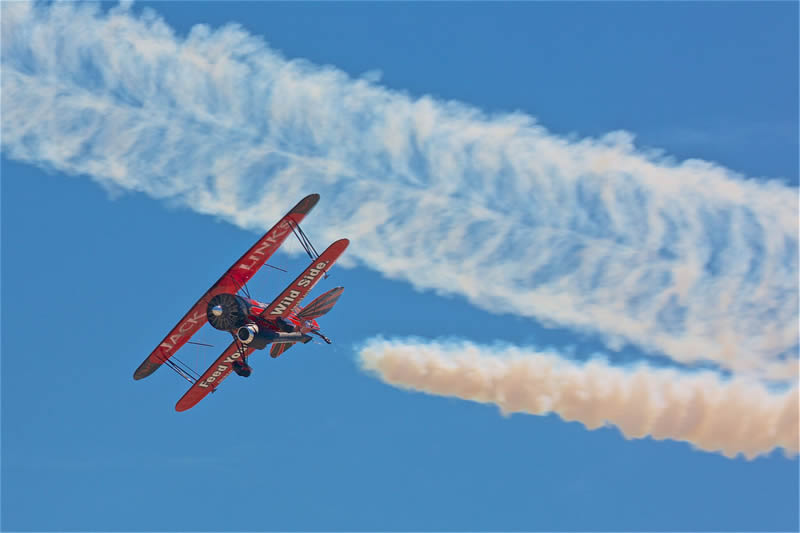 Klatt, is a highly accomplished pilot and retired military aviator. “John graduated from the University of Minnesota-Duluth in 1989, with a degree in Communications, and was commissioned as a second lieutenant in the Minnesota Air National Guard. As a proud member of the 133rd Airlift Wing, John flew the huge C-130 Hercules military transport delivering crucial supplies during Operation Restore Hope. He later transitioned to the F-16 Fighting Falcon and completed three combat tours in Iraq in support of the Global War on Terrorism. Lieutenant Colonel Klatt (Retired) has logged more than 2,000 hours at the controls of the F-16.”

Starting life as a classic 1929 Taperwing Waco, this was once the aircraft of choice for barnstormers in the 1930’s and 1940’s. Our ‘Screamin Sasquatch has been completely redesigned and structurally reinforced using modern day engineering and materials, along with state-of-the art technology to allow the addition of a jet engine to the aircraft. The Jack Link’s Jet Waco “Screamin’ Sasquatch” is powered by dual power plants: a Pratt & Whitney 985 radial engine and a General Electric CJ610 (J85) jet engine with 3,000 lbs. of thrust. Total thrust of the combined engines is rated at 4,500 lbs. A three bladed Hartzell propeller is used to harness the power of the 985 radial.

This system allows the plane to achieve feats other stunt planes are unable to do, along with reaching speeds up to 250 mph. Snap rolls, spins, barrel rolls and the hover are among the list of maneuvers this aircraft can perform. The plane has a thrust ratio of greater than 1 to 1, which allows it to accelerate going straight up.