The movie Top Gun: Maverick took the 2022 summer box office by storm and, as Airshow and aviation junkies, we certainly know why. Two hours of thrilling, in your face flying, with a pretty great story line too … if you’re into that sort of thing ;-). For some of us, it was all about the flying – the F/A-18 Super Hornet flying, to be exact.

With the Airshow coming up in just two weeks, we thought we should tell you that you might be coming even closer to Top Gun: Maverick than you ever could have imagined. It has been widely reported that the same plane you see Tom Cruise flying in (with the help of a trained professional) throughout the movie, is in fact now Blue Angel #5. That’s right, the same EXACT plane will be here at Wings Over Houston Airshow flying for you!

Are you ready to “Feel The Need”, Houston!? We are! T-minus TWO WEEKS! 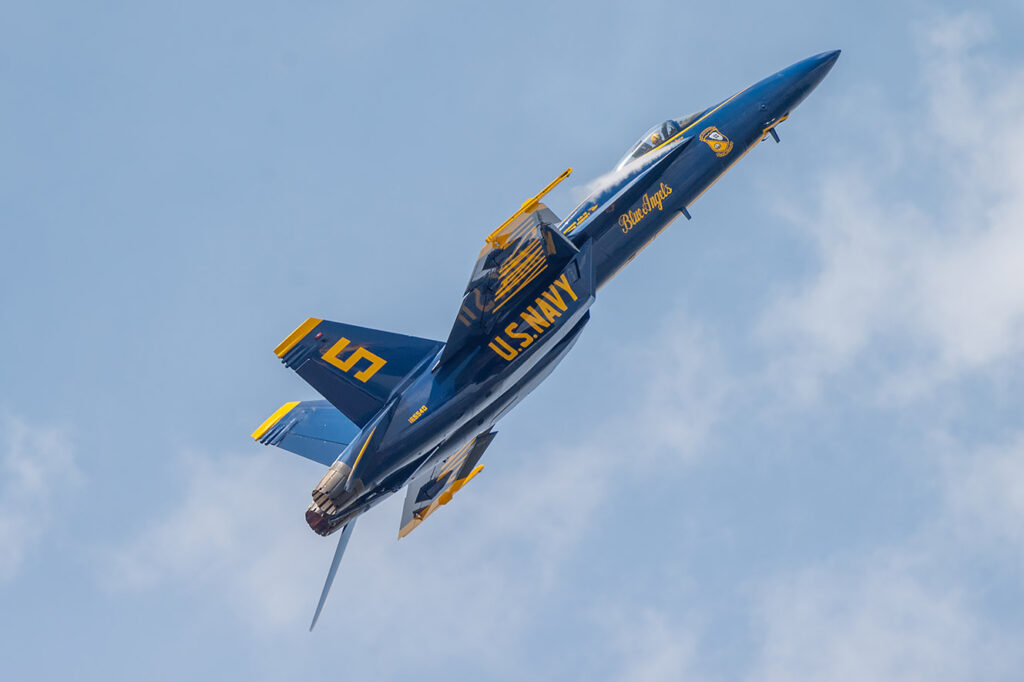 “The history behind that aircraft is, it did some operations there for Paramount Pictures, but it’s home station before it came to us was in Fallon, Nevada, and it was actually an aircraft for the TOPGUN actual class,” said Garrett Hopkins, the transition maintenance officer for the Blue Angels Super Hornet program. “So before it was in the movie, it was utilized by contractors in the (U.S. Department of Defense) to facilitate the actual TOPGUN class.” – Pensacola News Journal

Kesselring said the new film “Top Gun: Maverick” is behind a lot of the excitement he’s seen at air show crowds this year.

“Throughout the air shows we’ve had it’s been record crowds, sellout crowds, and a lot of Top Gun T-shirts we’re seeing around the crowd line,” Kesselring said.

“Top Gun: Maverick” was released in May and became a massive hit grossing more than $500 million in U.S. box office sales so far. The filmmakers worked closely with the Navy to film real F/A-18 Super Hornets, including one that is now the No. 5 Blue Angel but was used as Maverick’s plane in the film.” – Pensacola News Journal