US Navy Leap Frogs to Houston!-FB

You’re in for an extra helping of NAVY this year, with the US Navy Leap frogs! The week of the Airshow is also “Navy Week” in Houston!

The last week of October is going to be quite the celebration this year. Not only will we, the Wings Over Houston Airshow, be featuring the U.S. Navy Blue Angels on October 29th and 30th, we are also proud to announce that we will be featuring the U.S. Navy Leap Frogs. And on top of that, it is “Navy Week” all week long in Houston! This team is the official parachute demonstration team of the U.S. Navy and we can’t wait for them to show us what they’ve got all weekend long. Check out all of the details below and don’t forget to secure your tickets for this year’s event. Tickets are selling out fast! Who’s ready!? Three more weeks! 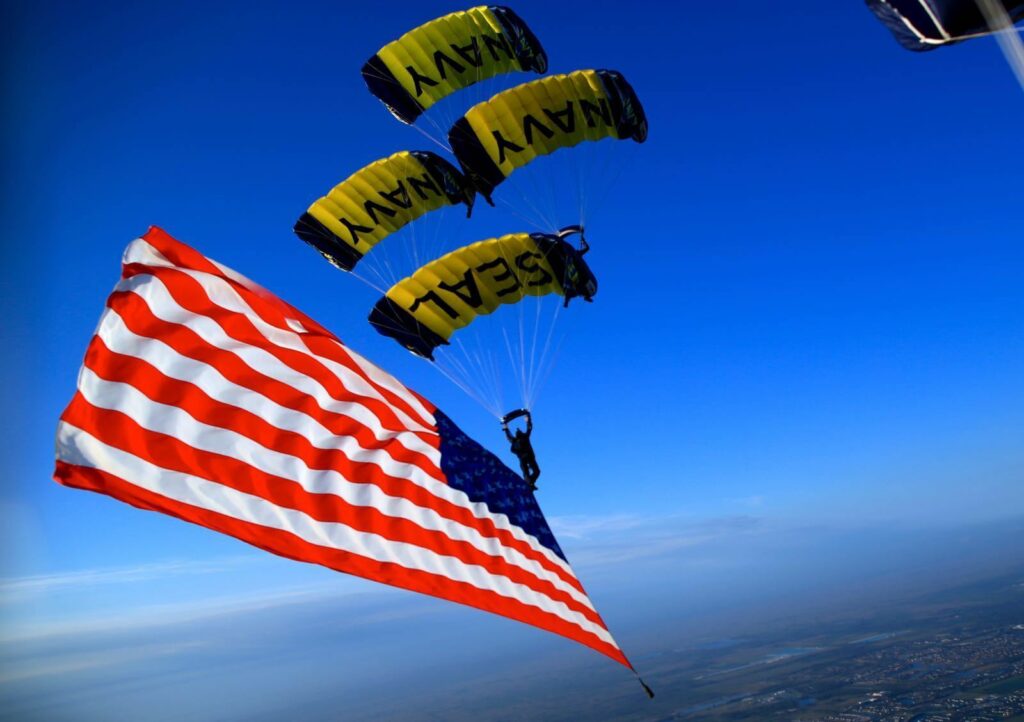 About the United States Navy Leap Frogs
HEROES ON THE GROUND. LEGENDS IN THE SKY.

“The U.S. Navy Parachute Team began in 1969 when Navy SEALs and Underwater Demolition Team members volunteered to perform at weekend air shows. The team was officially commissioned “The Leap Frogs” in 1974 by the Chief of Naval Operations with the mission to demonstrate Navy excellence throughout the United States. Each team member has conducted real-world operations before volunteering to join this elite unit known as the Leap Frogs. Following a three-year commitment with the Navy Parachute Team, they will return to their operational units.

After we land we love answering questions about what it’s like to be a Navy SEAL or SWCC. Before every demonstration we first do a “streamer pass” to help us gauge wind speed and direction. Sometimes we’ll activate a smoke canister attached to one of our foot brackets and perform what’s known as an “early burn.” When you see the “early burn” smoke it means we’re ready to go. The smoke canisters attached to our feet make it easier for you to see us. Sometimes we’re more than two miles up! 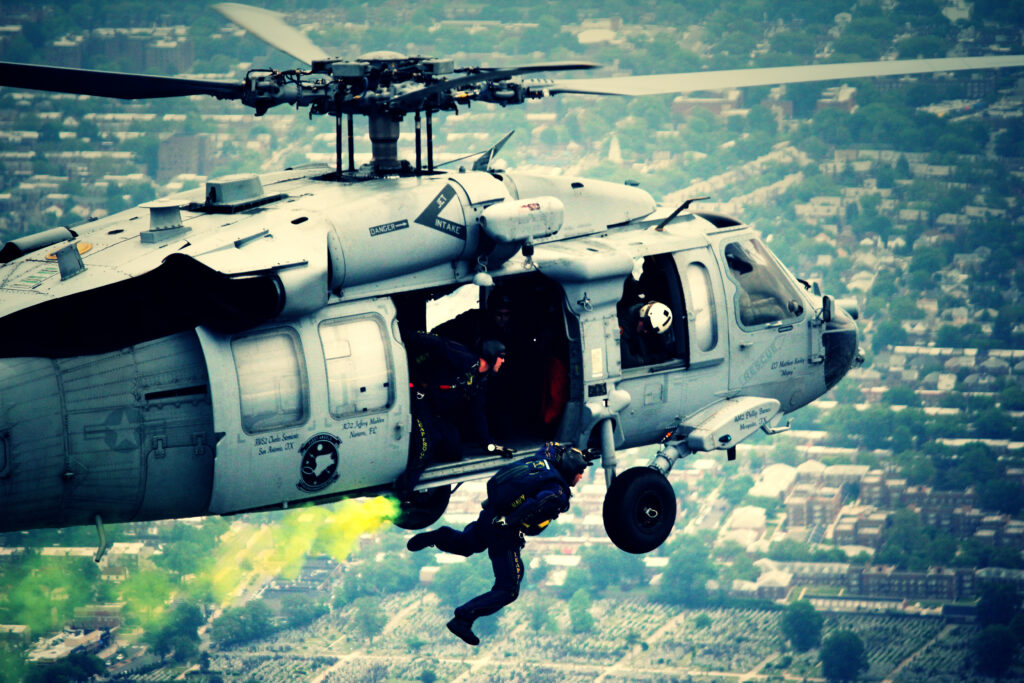 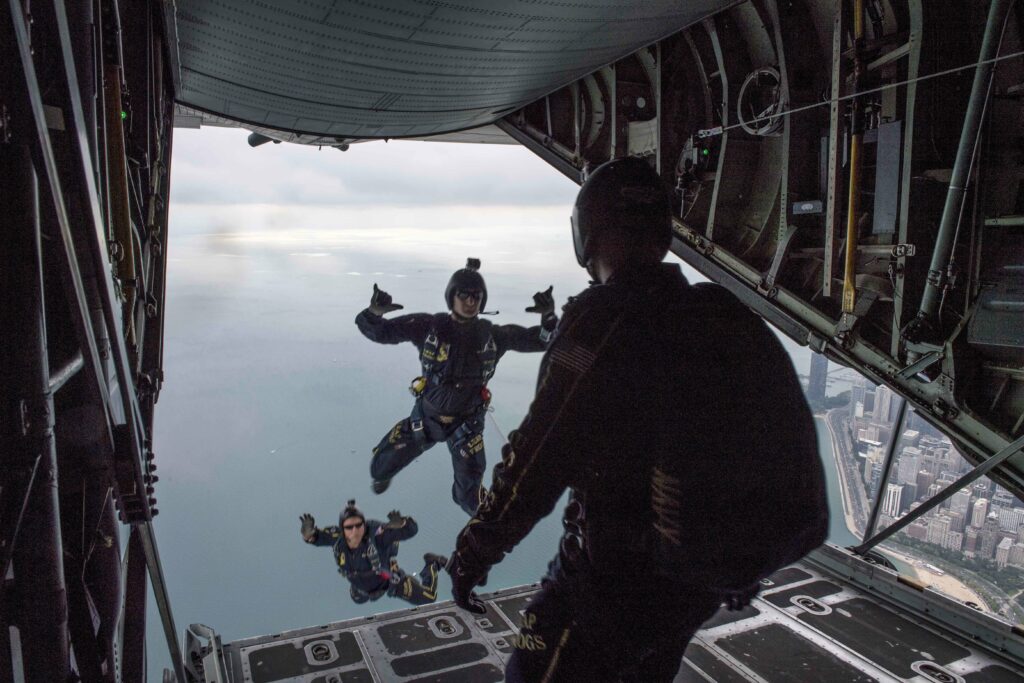