The United States Air Force is bringing some serious “Fight” & “Might!” to the 2018 Wings Over Houston Air Show. They are sending an F-35 Lightning II (Fight!) and AC-130 Spectre Gunship (Might!) as ground display aircraft. This is also a great opportunity to meet the men and women who maintain and fly these amazing machines! When you add in the US Navy Blue Angels, 2018 is shaping up to be extraordinary and one you don’t want to miss!

GROUND DISPLAY UPDATE: Due to Hurricane Michael some Aircraft MIGHT NOT be on display.

Two F-35A jets from the 33rd Fighter Wing will support Wings Over Houston. The aircraft will be on static display.

“The 33rd Fighter Wing is a United States Air Force unit assigned to Air Education and Training Command’s Nineteenth Air Force. It is stationed at Eglin Air Force Base, Florida where it is a tenant unit. 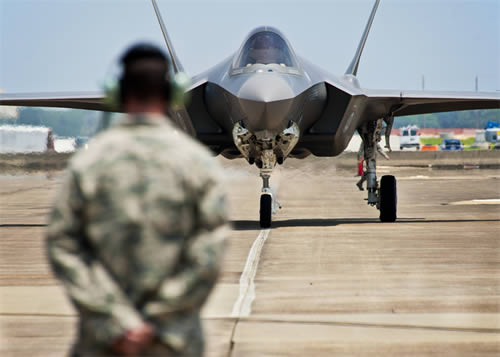 The 33rd Fighter Wing, known as the “Nomads” for its constant travel throughout the world, has a long, distinguished history. The unit was first activated at Roswell Army Air Field, New Mexico on 15 October 1947, but is entitled, by temporary bestowal, to the honors earned of the 33rd Pursuit Group that served in multiple theaters during World War II. Throughout the years, the wing has participated in numerous operations worldwide. Beginning in 1979, the wing began operating the McDonnell Douglas F-15 Eagle. In the 1980s, the unit took part in Operation Urgent Fury, the rescue of American medical students from Grenada. In the 1990s, the wing joined coalition forces for Operations Desert Shield and Desert Storm, scoring 16 aerial kills, the most of any single unit.

“The AC-130 gunship is a devastating display of force and firepower. Through the years, the aircraft has been equipped with an array of side-fired canons, howitzers, mini-guns, wing mounted missiles and bombs and laser guided missiles launched from the rear cargo door, earning it the moniker the “Angel of Death.” 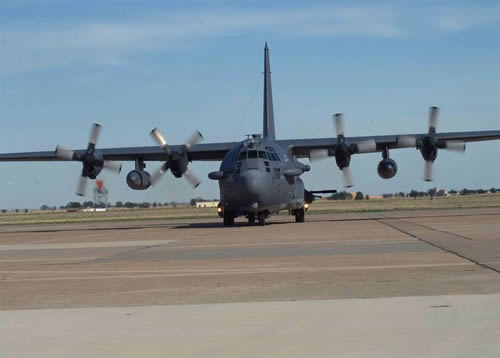 The primary missions of the gunship are close air support, air interdiction and armed reconnaissance. The heavily armed aircraft is outfitted with sophisticated sensor, navigation and fire control systems, allowing it to track and target multiple targets using multiple munitions with surgical precision. Another strength of the gunship is the ability to loiter in the air for extended periods of time, providing aerial protection at night and during adverse weather. The AC-130 relies heavily on visual targeting at low altitudes and punishes enemy targets while performing pylon turns around a fixed point on the ground during attack. The Air Force is the only operator of the AC-130 and the gunship has been providing close air support for special operators for the last 50 years.

Over the past four decades, AC-130s have deployed constantly to hotspots throughout the world in support of special operations and conventional forces. In South America, Africa, Europe and throughout the Middle East, gunships have significantly contributed to mission success.

As of Sept. 19, 2017, the AC-130J Ghostrider, the Air Force’s next-generation gunship achieved Initial Operating Capability and will be tested and prepared for combat deployment in the next few years. The AC-130J is the fourth generation gunship replacing the aging fleet of AC-130U/W gunships.

The Ghostrider is outfitted with a Precision Strike Package, which includes 30mm and 105 mm cannons and precision guided munitions of GBU-39 Small Diameter Bombs and AGM-176 Griffin missiles. The 105mm M102 howitzer system is a devastating weapon that can fire off 10 50lbs shells per minute with precision accuracy.

There are 10 Ghostrider gunships in the current fleet and the Air Force plans on purchasing 27 more by fiscal year 2021.”