Only ONE of Two Airshows In North America! 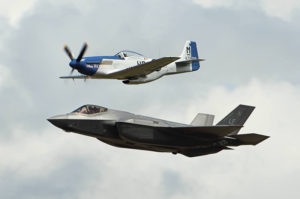 Wings Over Houston Airshow is honored to have been selected as only ONE of two North American airshows to have the F-35A Lightning II on static display and flying in a U.S. Air Force Heritage Flight.

This year’s Heritage Flight brings together the cutting edge F-35A Lightning II and the forever iconic P-51 Mustang.  The Heritage Flight “dramatically displays USAF airpower history and honor the brave men and women who have served, or are currently serving, in the USAF.”

That means that you have the opportunity to get up close for amazing photos, PLUS see the F-35A flying. The F-35A comes to us from Luke Air Force Base near Glendale, Arizona. 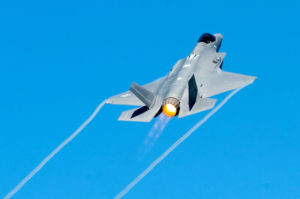 Regarding the Temporary F-35A Grounding 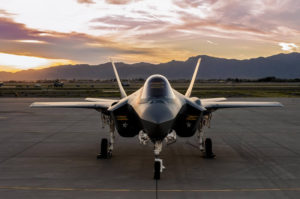 As an important note . . . You might have heard that the U.S. Air Force recently grounded 15 F-35 aircraft due to maintenance issues. This temporary grounding does NOT impact the F-35’s participation in the 2016 Wings Over Houston Airshow. That means you’ll be able to come out to Ellington Airport and see the F-35 up close!

Have You Secured Your Airshow Tickets Yet?

Come on out an see the F-35A Lightning II!

Time is running out to secure tickets to this year’s show. In addition to the world-famous Blue Angels, we’re featuring some of the best civilian and military pilots in the world!

Please note: Performers have flight profiles for many weather conditions. Aircraft and performances are subject to change without notice.