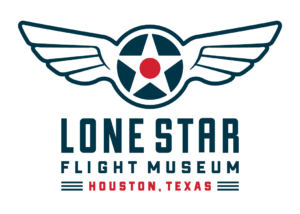 The single BIGGEST survey request, every year, is vintage warbirds. Some of the most immaculate vintage warbirds at the CAF Wings Over Houston Airshow come courtesy of the Lone Star Flight Museum.

The Lone Star Flight Museum (LSFM) opened the doors of its new $38 million, 130,000 square-foot aviation history and STEM learning facility in the fall of 2017. The world-class facility shares the story of flight in the Lone Star State and features the contributions Texas and Texans have made to aviation. Highlights of the museum include the Texas Aviation Hall of Fame, the Museum’s renowned flying collection of historic aircraft, the $1 million, high-tech Aviation Learning Center and dynamic hands-on exhibits. Aircraft on display includes the museum’s B-17, B-25, DC-3, P-47, SBD, F4U, TBM, T-6 and Stearman, along with many other visiting aircraft.

Here are some of the Lone Star Flight Museum aircraft that will be featured (both flying and on the ground) at the 2018 Wings Over Houston Airshow. 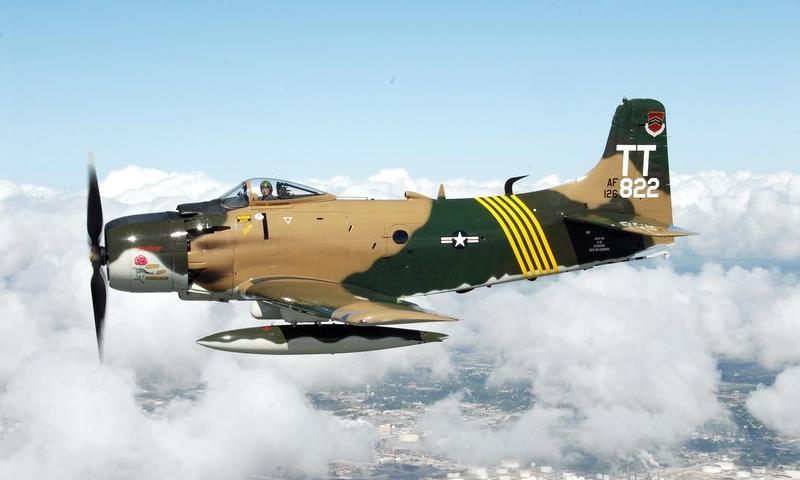 The prototype of the Skyraider was first flown on 18 March 1945. Designed as a robust, multi-role attack aircraft for the US Navy, the carrier-based Skyraider was able to carry a wide variety of weapons on its numerous wing hard points. It is well known for its ability to carry more ordinance than a World War II B-17. The first Skyraider was delivered in 1946 and named according to the Douglas tradition of starting the names of Navy aircraft with “sky.” Before production ceased in 1957, Douglas built 3,180 Skyraiders in 28 variations. The Skyraider first saw combat in the Korean War, where its long loiter time and heavy load-hauling capability gave it a distinct utility advantage over the jet aircraft of the time 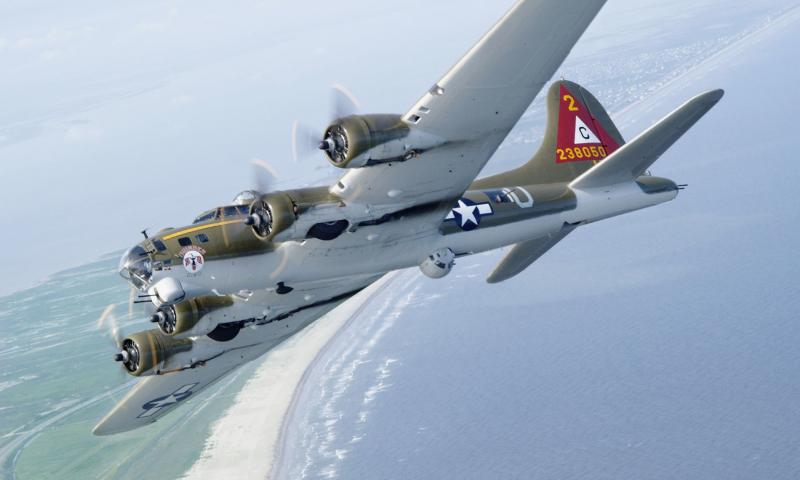 Perhaps no other aircraft more epitomized the air war against Nazi Germany than the Boeing B-17 Flying Fortress. While British bombers struck during the night, the legendary B-17 led the Allies’ daylight strategic bombing effort against Hitler’s Fortress Europe, conducting a twenty-four hour campaign to destroy Germany’s war-making ability. 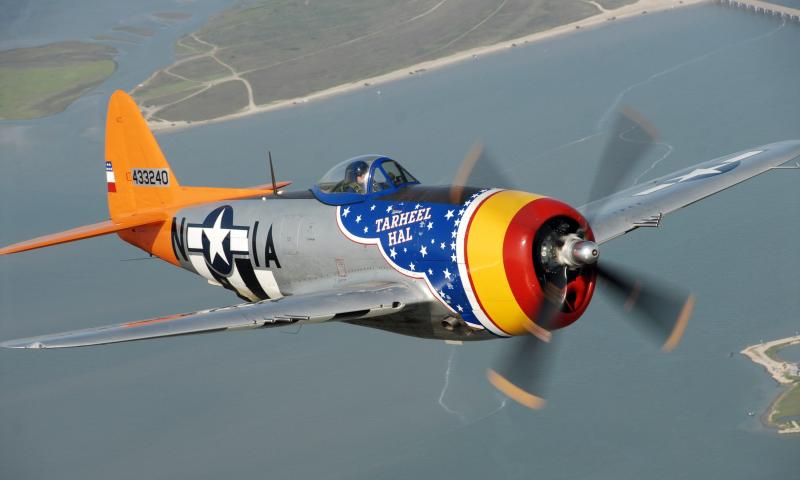 The Thunderbolt was the brainchild of Republic Aircraft’s chief designer, Alexander Kartveli. His challenge was to meet a 1940 Army Air Corps demand for a high speed, high altitude fighter with immense firepower. Republic had been developing the P-44, follow-on to its P-43 Lancer, but Kartveli realized it would fall far short of Army requirements. Kartveli molded the P-43’s lines into a new design patterned around the V-block Allison V-1710 engine. It later became clear that the new fighter, designated P-47, would never reach its potential with the under-powered Allison and it was replaced with a Pratt & Whitney R-2800 Double Wasp radial mated to a turbocharger for high altitude performance. To take advantage of the powerful R-2800, Republic fitted an immense four-bladed propeller. With an armament consisting of eight .50-inch machine guns, maximum speed of well over 400 mph, and a maximum ceiling of 40,000 feet, the Thunderbolt was just what the Air Corps was looking for in a fighter. 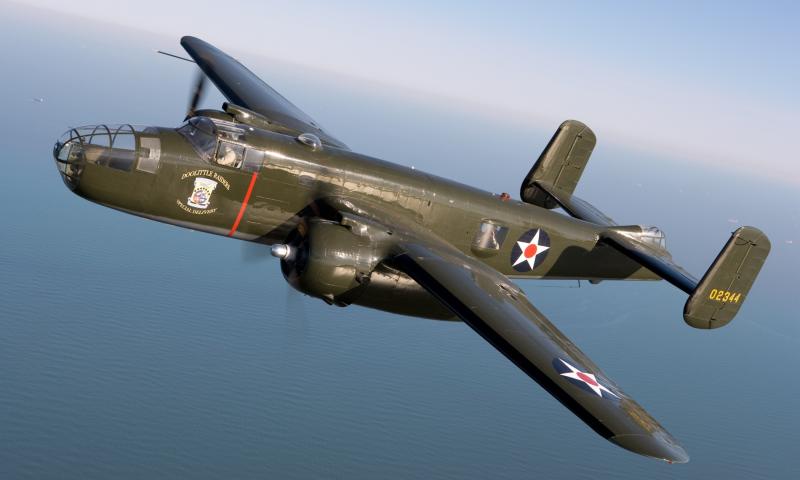 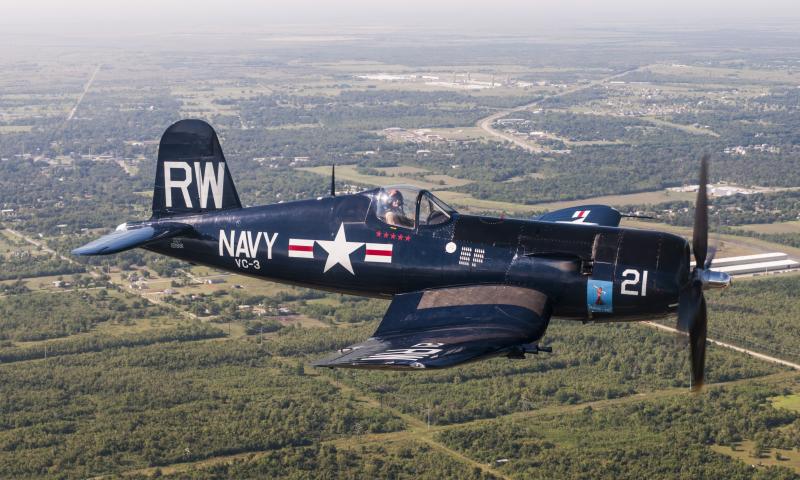