history comes alive! see the planes that helped secure victory and aerial superiority in the battle of britain and beyond – the supermarine spitfire and hawker hurricane

Witness history! Both planes will fly and be on display for Airshow fans at this year’s Wings Over Houston Airshow at Ellington Airport, October 9-10, 2021

Come tour and see these historic planes brought to you by the Dakota Territory Air Museum! 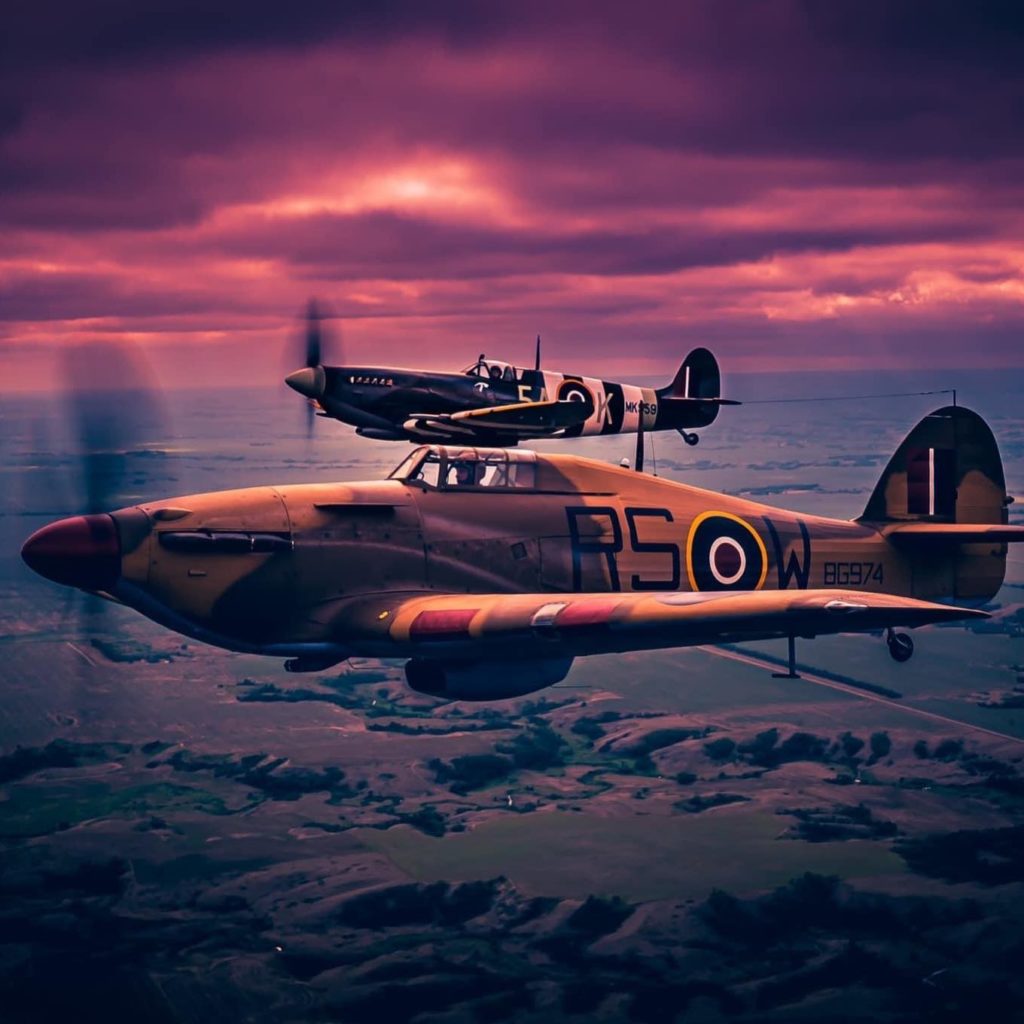 “September 15 is Battle of Britain Day. On that day in 1940, the Battle of Britain came to a climax with approximately 1,500 aircraft taking part in an aerial battle that lasted until dusk. RAF Fighter Command was successful in stopping the massive Luftwaffe raids that day ultimately causing Hitler to postpone Operation Sea Lion, the planned ground invasion of England.

“Never in the history of mankind has so much been owed by so many to so few”-Winston Churchill.

In the photo above are the Dakota Territory Air Museum’s Hurricane and Spitfire, the two aircraft that helped secure victory and aerial superiority during the Battle of Britain and beyond.” They will both be in Houston for this year’s Airshow!

About the Dakota Territory Air Museum

Founded in 1986, the Dakota Territory Air Museum has proudly evolved into a significant historical depository honoring the men, women and machines that have impacted the rich history of aviation.  Through displays and events that inspire, educate and entertain, the museum has become a viable and important historical resource. 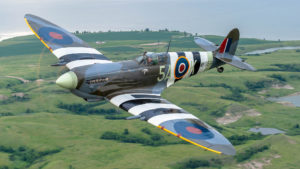 The plans laid out by the museum’s founders were that the museum would not only be a place to display military and vintage aircraft, but would become a place dedicated to passing on the rich and varied stories of their region’s aviation history.  In the short time since the museum’s beginnings, the founders and members have built a solid foundation, establishing a working museum with aircraft, restoration projects and have secured a leading role in the region’s promotion of all aspects of aviation.

About the Supermarine Spitfire

The Supermarine Spitfire is a British single-seat fighter aircraft that was used by the Royal Air Force and other Allied countries before, during, and after World War II. Many variants of the Spitfire were built, using several wing configurations, and it was produced in greater numbers than any other British aircraft. It was also the only British fighter produced continuously throughout the war. The Spitfire continues to be popular among enthusiasts; around 70 remain airworthy, and many more are static exhibits in aviation museums throughout the world.

The Spitfire was designed as a short-range, high-performance interceptor aircraft by R. J. Mitchell, chief designer at Supermarine Aviation Works, which operated as a subsidiary of Vickers-Armstrong from 1928. Mitchell pushed the Spitfire’s distinctive elliptical wing with cutting-edge sunken rivets (designed by Beverley Shenstone) to have the thinnest possible cross-section, helping give the aircraft a higher top speed than several contemporary fighters, including the Hawker Hurricane. Mitchell continued to refine the design until his death in 1937, whereupon his colleague Joseph Smith took over as chief designer, overseeing the Spitfire’s development throughout its multitude of variants.

About the Hawker Hurricane

The Hawker Hurricane is a British single-seat fighter aircraft of the 1930s–40s that was designed and predominantly built by Hawker Aircraft Ltd. for service with the Royal Air Force (RAF). It was overshadowed in the public consciousness by the Supermarine Spitfire’s role during the Battle of Britain in 1940, but the Hurricane inflicted 60 percent of the losses sustained by the Luftwaffe in the engagement, and fought in all the major theatres of the Second World War. 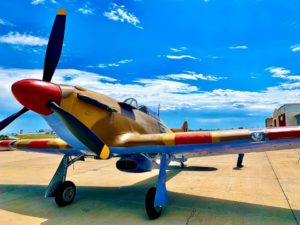 The Hurricane originated from discussions between RAF officials and aircraft designer Sir Sydney Camm about a proposed monoplane derivative of the Hawker Fury biplane in the early 1930s. Despite an institutional preference for biplanes and lack of interest from the Air Ministry, Hawker refined their monoplane proposal, incorporating several innovations which became critical to wartime fighter aircraft, including retractable landing gear and the more powerful Rolls-Royce Merlin engine. The Air Ministry ordered Hawker’s Interceptor Monoplane in late 1934, and the prototype Hurricane K5083 performed its maiden flight on 6 November 1935.

*Some tickets have a nominal convenience fee.
Our goal is to provide you the best air show experience possible at a range of price points. Ticket types include everything from an affordable day of aviation thrills for the whole family to a premium air show experience. There’s something for everyone!